The Body of the Cypraeas, already very beautiful in the normal state, is truly magnificent at the Niger stage (Melanistic, Black), and / or Rostrated (Distorted, twisted).

In the New Caledonian zone, there have been some 54 Species affected by Nigerization (Melanization, blackening), and / or Rostration (Deformation, Elongation, or Thickening of the shell's Body).

Some of them are deformed without altering their colors.

Others blacken without modification of their body.

Sometimes, the 2 types are added simultaneously (Nigerostration ), to form the most beautiful Shells, therefore the most sought after.

The size is generally larger than normal.

Melanism can range from intense black (Like charcoal) to grainy (Marteled, like Faceted), smooth (Mat or Shiny (Varnished)), or simply punctual.

The base may retain its color, become milky white or ivoirine-orange, remain normal or puffy.

The ends can sometimes pinkish dramatically: the anterior lengthen and curve downward or even upward, the posterior rise or descend by turning right or left.

For very affected specimens, with massive deformation and / or very substantial rostration, the very structure of the mother-of-pearl has very many cracks often invisible to the naked eye, but nevertheless highlighted during a macro shot.

Some cracks are sometimes so deep that they can cause an accidental or even spontaneous rupture of a part of the shell, generally one or the other of its ends.

This is why you can find magnificent specimens with half a broken rostrum, or even both, even when the animal is present.

In my opinion, the presence of these cracks indicates that the addition of pearl or melanin material deposited by the animal during the seasons, or even all at once, must be done very quickly (a few seconds?!), And harden almost simultaneously, the final varnish perhaps serving as a catalyst, or even perhaps the salt water itself.

The cracks being, therefore, probably a result of the internal stresses inherent in these rapid successive deposits, somewhat in the way in which certain artificial resins react during their polymerization.

As inclusions (Earth, gravel, or coral) are sometimes visible under the pearly layer and / or varnish, it is plausible to think that the contribution of pearly secretions added by the Animal could be done during a complete burial or partial, directly in the ambient or occasional substrate.

Better still, cavities or holes are uncovered when one of the ends is broken.

Wasn't a " bubble " of water, in this case, "trapped" by this very rapid polymerization of the pearly or melanic material ?!

The coat of the animal, when it has, loses its texture as the disease develops, a bit like anemia in humans, prorated and benefit, it seems, from the pearly contributions.

Bright and opaque colors that it is usually for the majority of the species, it becomes dull and almost translucent at a very advanced stage of its culmination.

Thus, the coat of a Cypraea Stolida alive at the normal stage will be of texture with bright colors, opaque, and dense, completely hiding the designs of the shell.

Conversely, that of a living Stolida at an advanced stage of nigerization and / or rostration will have become dull, almost translucent, and fine, revealing perfectly by transparency the designs and colors of the shell.

Even today, it seems very difficult to determine a possible or even probable maximum when at the final stage which one or other of the Porcelain species affected by the aberrant phenomenon could reach, or to affirm whether the long list currently known does not will not supplement or decrease in the years to come.

In the absence of serious exhaustive scientific studies in situ or in the laboratory on the subject, it would however seem certain that the phenomena of rostration, melanization, and Nigerization/melanization obeyed 2 probable constants :

- 1 - With regard to the geographic location of the areas affected by this Phenomenon, it is curious to note that these are distributed along the Tropics of Cancer and Capricorn, almost at equal distances from the Ecuador.
In addition, if the nigerizations remain unchanged in these areas, on the other hand, in the Cancer areas the Rostrations are often opposite to those of the capricorn, and vice versa.
Let us not forget that it is the secretory glands of mother-of-pearl and melanin which "get out of balance ".
It would therefore seem that an important external factor is implicated in the triggering of the " disease ".
For my part, I would lean towards a factor related to terrestrial magnetism, quite capable of altering the morphological functions of certain shells, in the zones concerned.
If an environmental factor, such as mining pollution, had been involved, all the shells of all varieties would be affected, and this everywhere, which is not the case, by far.
It is, however, often observed in the areas concerned, the presence of fresh water in suspension, even in reef areas.

- 2 - egarding the formation of layers of Nigerizations and / or Rostrations, a " Law of the seasons ", probably that of winter (June, July, and August), locally, is plausible.
This fact is practically proven by some Nigers found alive whose rostrations " clearly " display successive " layers " of mother-of-pearl brought back one after the other.
And this is even more remarkable on subjects found dead (Beaches) and / or degraded over time.
Among the many shells affected by nigerostration, some, of different species, have a fairly remarkable common characteristic: a pearly " outgrowth " built by the animal, from the base.

- A - At what point in its life does the Phenomenon affecting the animal begin.

- B - If the seasons of mother-of-pearl or black formation are consecutive, year after year, or rather discontinuous, once the phenomenon begins.

- C - What is the longevity of Porcelain in its natural state, or the precise deadline for this.
So when it comes to knowing how long the " Nigers " and / or " Rostrées " porcelains live or survive once the Phenomenon begins, nobody, in my opinion, will ever be able to give the slightest precision.
Especially since this phenomenon may very well shorten this " life time " (like cancers in humans), or even lengthen it significantly, everything remains plausible !

- D - Why certain species are affected by the " disease ", and not others, all species combined.

- E - In the marine areas recognized as being able to contain Rostré Nigers, regions of well-differentiated " particular " concentrations are identified.

- F - Among these, nobody can explain either why there are aberrant shells only on a few square meters, while the substrate is exactly identical on hundreds of square meters around.

- G - Nor say why, in this same area, only 1, even 2 or 3 species among dozens of others present, are affected by the problem.

- H - Nor determine why certain varieties rostrate only at the front, others only at the rear, and others finally, at both ends simultaneously.

- I - Nor find out why certain species never become black, while around Nigerization is preponderant.

- J - Nor give explanations concerning the texture of the layers of Nigerization, because it appears that there are several types of " natural " formations , namely :

Some extremely rare shells sport a black so intense that it has in places bluish reflections to the eye under artificial lights (Leds, in particular!).

- K - Neither understand why for certain shells, the nigerization begins with the DOS of these, while for others the black is reported starting with the SIDES, going up from the base.
That said, an interesting theory based on a few in-situ discoveries of other gastropods seems credible.
Indeed, it would seem that certain gastropods enlarge their shells totally buried in the surrounding substrate, or even protected from light under rocks, corals, muds, or sand.
Why should it not be the same for the training/manufacturing of nigerization and/or rostration in porcelains ?
This would in fact explain certain inclusions in the mother-of-pearl or melanin layers.

- L - Recently, an interesting theory concerning the eggs of Nigers and / or Rostrées would seem to be able to explain the difference between 2 distinct formations of melanism and/or rostration.
Indeed, some shells bring back black and / or mother-of-pearl after reaching adulthood, which could therefore reasonably lead one to think that these would BE from so-called normal shell eggs.

- M - Conversely, for the shells (by far, the most spectacular !!) of which the Black AND the Mother of Pearl are "mixed" ("Mixes") to varying degrees (Nigerostration), one can just as reasonably deduce that it was built from birth to adulthood, and then continued.
What is clear, however, is that many of the affected shells that have been found dead are often edible examples of the 2 simultaneous aberrations carried to an exacerbated stage.
Indeed, the stages of Rostration and Melanism seem to have reached a paroxysmal degree for the latter, the ultimate stage, perhaps because of their actual mortality afteran impossible period of time to determine in the current state of the observations noted/reported.

- N - It has often been found egg laying of Nigers and / or Rostrées hatched simultaneously by 2 or even 3 aberrant shells OF THE SAME SPECIES (Stolidas, among others!), As well as juvenile or even sub-adult shells dressed in black almost perfect (Mappas, Cribrarias, Mauritianas ...).

- O - Some algae seem to indicate a more favorable site for Nigerostrées: some called " crunchy and / or spicy " short , or even long , others more " flexible " moderately hight , even very high.

- 4 - Regarding the search for Nigers and / or Rostral Shells, it is better to favor the night diving mode, which has the advantage of not disturbing anything in the natural arrangement of the biotopes encountered.
Indeed, it is enough to walk on the surface while scanning the bottom with the light beam to see the shells wandering outside their hiding places during the night.
Pickings at low tides, when they have to be avoided, simply because of the instantaneous degradation occurring when a block of coral is raised.
Even if the blocks are put back in place after being inspected, a simple exposure of the hidden face of these blocks for a few seconds, in daylight, is enough to instantly destroy all the microorganisms that were previously found in the area. shelter from it ...

For my part, I use during these night outings 2 types of equipment depending on the duration or the chosen diving area.
So an autonomous sophisticated materialwith 4 LEDs lighting for a short duration, a deep dive, or prospecting in rocks.
Or, sophisticated equipment on battery car with 12 LEDs lighting for a much longer duration.
These two materials have the enormous advantage of delivering very white light (close to daylight) uniform for several hours, stressing even less, if necessary, the organisms illuminated by the beam. 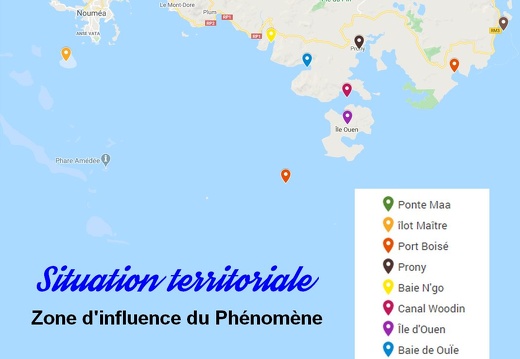 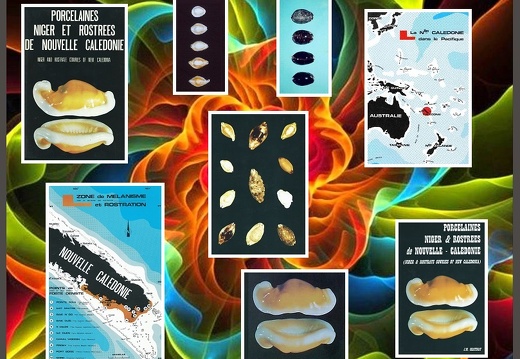 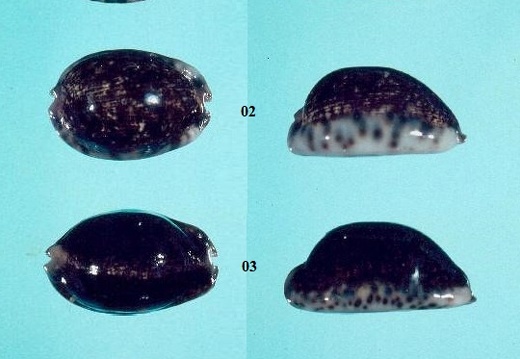