Genesis of the family goes back far into the past. "classified" in 11° position in the hierarchy of the french nobility, with even, as armories, a superb representative of this coat of arms, my father was able to reconstruct, from research in the few documents he could muster.
Alas, in the dark years of the guillotine (below the french monarchy), our original ("De Chastenay") name was "relieved" of his "particle" and "S" to become simply "Chatenay" shortly, to escape the murderous witch hunt in all directions which resulted in this epoch !

Our family, established for numerous generations in New Caledonia, near my parents, all still alive today, are declined as follows: 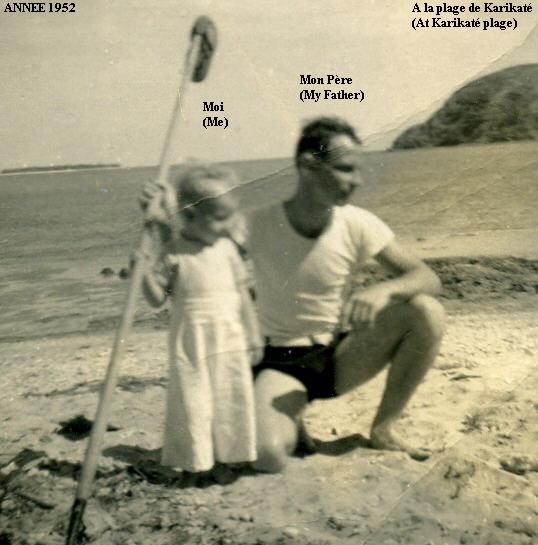 Jean Jules CHATENAY, retired Public Service Region, former Professor of Carpentry in a Technique High School of Noumea.
With help of his good experience, he even built himself a very good outboard boat wood and plywood, with which the boat trips were countless. 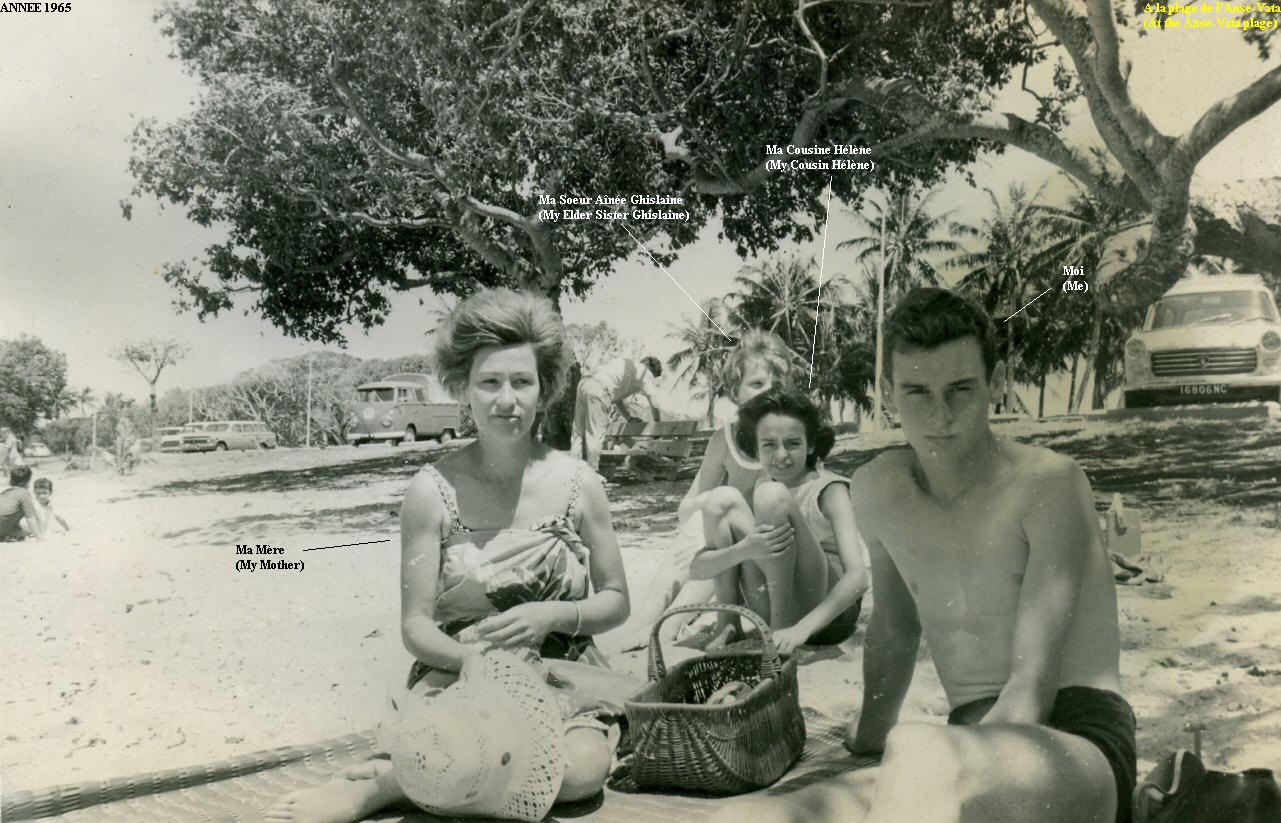 PICOT Jeannine Rose Clemence, old dresser, craft it however had to stop early at the end of exercise as mother at home to care for her three children. 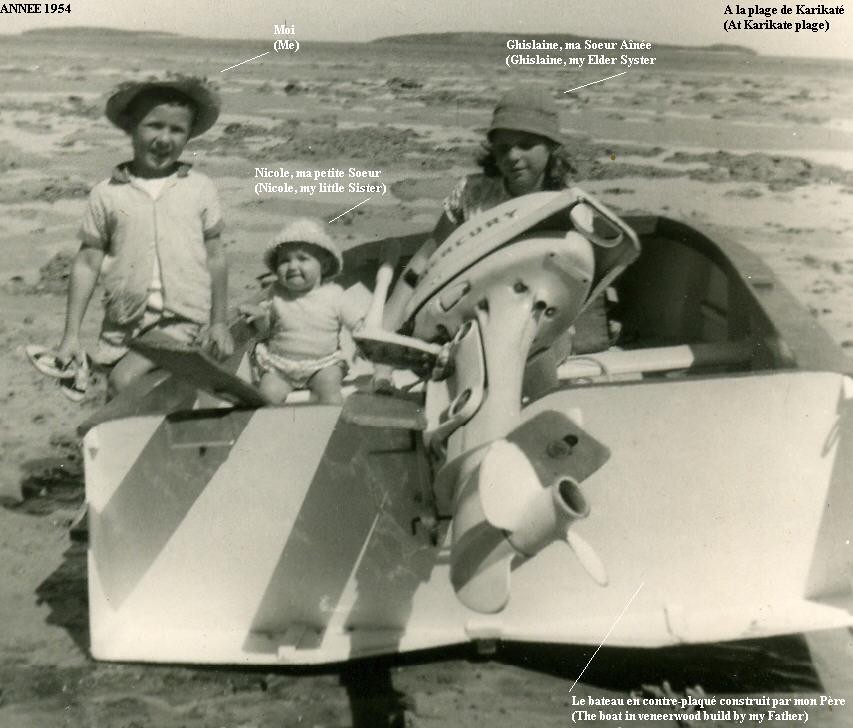 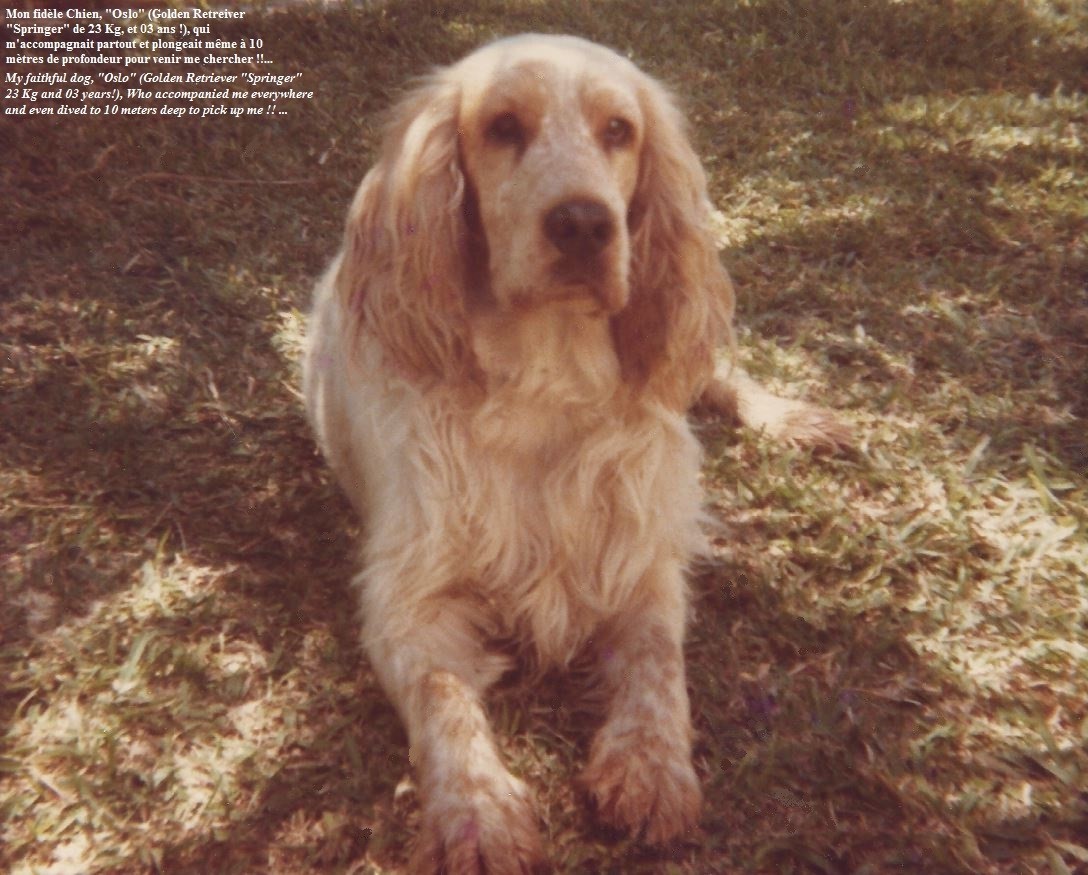 The real passion for the sea and its derivatives were given to me by my father, who was also a very good hunter submarine (In 1953, with his brother Roger, he was part of the team "Bossus Dorés" at the "Caledonian Championship Spearfishing Centennial") in my youth.
But both my Parents together is fond external pleasures of nature, such as Camping, Fishing, Hunting, various sports, it is not a month passed without a weekend camping, fishing, and other.
Very young, very often, and very long, I shared these outings with my parents.

Myself, born in year 1949 , July 25.
Alas, when still a baby of 01.5 year, following a common childhood illness (whooping cough), I developed a more severe disease (leukemia ), for which I was very close to dying, my last chance of escape was to undergo treatment doses of 3 radiating rays cobalt adults, received 3 hours intervals, which allowed my body to effectively fight the evil which he suffered, and to escape.
Thereafter, I remained a rather fragile health until the age of about 16 years, when I started lifting weights to strengthen my physical condition.
Thus, in a few weeks, I could start with some ease, to various sports.
From astrological signs Lion and Buffalo, reflects my personality well enough cumulative signs of these 2 characteristics, except the "ambition", which has never been my strong point .
Despite this, I remained single, and to my great regret like my close, do not have progeny.

From the age of 18,5 years , I started a career in the Public Service Region, as Draftsman Building, then as Cartographer designer, then as a designer cadastral finally the last 3 years as team leader in management of the built heritage in south province administrative.
Completed after 32 years of service, I retired in 1999.
Now I can fully devote my free time I enjoy leisure.

Share activities often carried water from very young outings with my parents, so I normally started with swimming and fishing.
My grandmother has also gave me my first fishing net at the age of 12 years.
Quickly enough, the spearfishing has become a main attraction.
In 1971 with the purchase of my first boat (Called "Subtil"), I "skimmed " the New Caledonian South Lagoon for 21 years, with happiness and good results, often in spearfishing competitions during which I could see in 1976 with an Individual Championship of New Caledonia title , and in the aftermath, 1 silver medal in Team at the South Pacific Games in Guam, the same year .
I accumulated at the same time the archery recurve bow, also in ournaments, with, in that discipline, still too, many good results, with a numerous of trophies won, records of New Caledonia (some of which take forever), and above 1 medal team gold and 2 individual silver in 1996 in the Pacific Games in Tahiti.
Not satisfied, I also practice bowling, and sequencing countless parties, including 1 of 287 a night great shape.
And what says about the big fish sea fishing , practiced for years, even in 1978, a world record IGFA (A 36.5 Kg Dog Tooth Tuna on line 20 Lbs) Unfinalized for cause absence of sufficient evidence.
And any other sports still, as ball-trap, rifle shooting or pistol, bowls, darts, fishing line, etc...

In addition to the main described above, I love the romans and movies Sci -Fi, Bds, reading, the scenic forests.
Now with my second boat, a Jet Bombardier 3 seats purchased in 1996 (Named "Subtil 2"), I go mostly for night dives (since 1969 thousands of hours under my belt !).
Always looking for some nice Nigers Rostrate to photograph in situ in their finery, before the current pollution kills or that the Phenomenon disappears.
Since 2010, I bought another second Jet Bombardier , also of 3 places, but more recent and powerful, with 85 Cv against 70 for the former.
It will also be equipped with the same improvements as the first, but nevertheless a good modern twist resulting from the experience gained with the old.

My book about Nigerostrated Cowries (N/R)

Amateur of Cowries-Shells since very young, my first discoverer Nigers and Rostrated in 1969, and, after a few years of happy discoveries, I became convinced that the idea of ​​a referenced book on the subject was useful, even necessary.
In 1977, after research that required many months, including 3 months for the model 1 1/2 months for the pictures, 3 months for four-color plates, 3 months more for printing, this idea materialized with its release expected november 15, 1977.
Upon its release, it has become "THE" World and International reference in the restricted World Nigers and Rostrated (N/R) Amateurs.
Exchanges, sales, purchasing, are therefore often associated with progressive stages following descriptions offered on this comprehensive book.
Moreover, as the old cover was printed in matt, I decided in august 1999 to change it with a new, improved by a glossy print (Iced), with 1 new shell photo Beaked overleaf, and especially my name and surname, apparent on the face, while they were present only on the side in the first edition of 1977, and not on the front.

Complementary to my book, started in may 2005, using the software "FrontPage 2000 Premium " improved his successor "FrontPage 2003" I ended up more or less "control", then finalized in july 2008 with "SharePoint 2007 ".
With its launch on the Web in august 2008, this site is touted as a hope " extension ", if not waited, of my own book.
To my great satisfaction personal, its actual publication on the internet will, I hope, some dream Visitors thereof, but Young Seniors in the years to come.
Of course, it will never be completely "finished", given the many updates needed to be made regularly.

Powered by Piwigo | autor | Biography | Rules | Thanks to