This page was created to satisfy the curiosity of many visitors of this site wishing to see appearing the nigers rostrated cowries of Australia. It is obvious that the phenomenon applies somewhat differently compared to that concerning New Caledonia. the new caledonian and australien phenomena are present on the same geographical area, between the tropic of capricorn and ecuador. In New Caledonia, only a small part of a few tens of kilometers of the south-western coast is concerned. Whereas in Australia a great portion of more than 200 kilometers of the Reef Barrier of the south-eastern coast is touched.
In New Caledonia, the majority of the cowries species present in the zone are concerned. In Australia, only some species are it, of which certains not listed in New Caledonia. Mélanism and rostration are also a little unmatched. Whereas in New Caledonia, blackening little to cover several aspects, that of Australia is more restrictive. Rostration New Caledonian is also more complex in its formation and textures, whereas the australian one remains more sober. 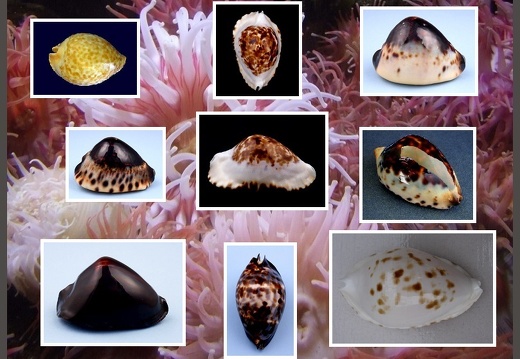