You will find on this page a subject for the least singular about the diverses Fluorescences of certain Shells to be discovered here (ALL) (GALLERY).

About this Curiosity :
I cannot Personnally say how this luminescence can appear under ultraviolet light.
Nor why it only occurs on certain Cypraeas (Mappas in particular !), But starting, however, from the fact that these shells contain, at least, a visible beginning of pink coloring in their varnish.
In the dark and under this artificial light, the shells will appear to our amazed and amazed eyes, of an intense blood red color !.
I suppose that a certain material, an organic component since secreted by the animal to develop its varnish, is found to be totally sublimated during this exposure to ultraviolet rays. 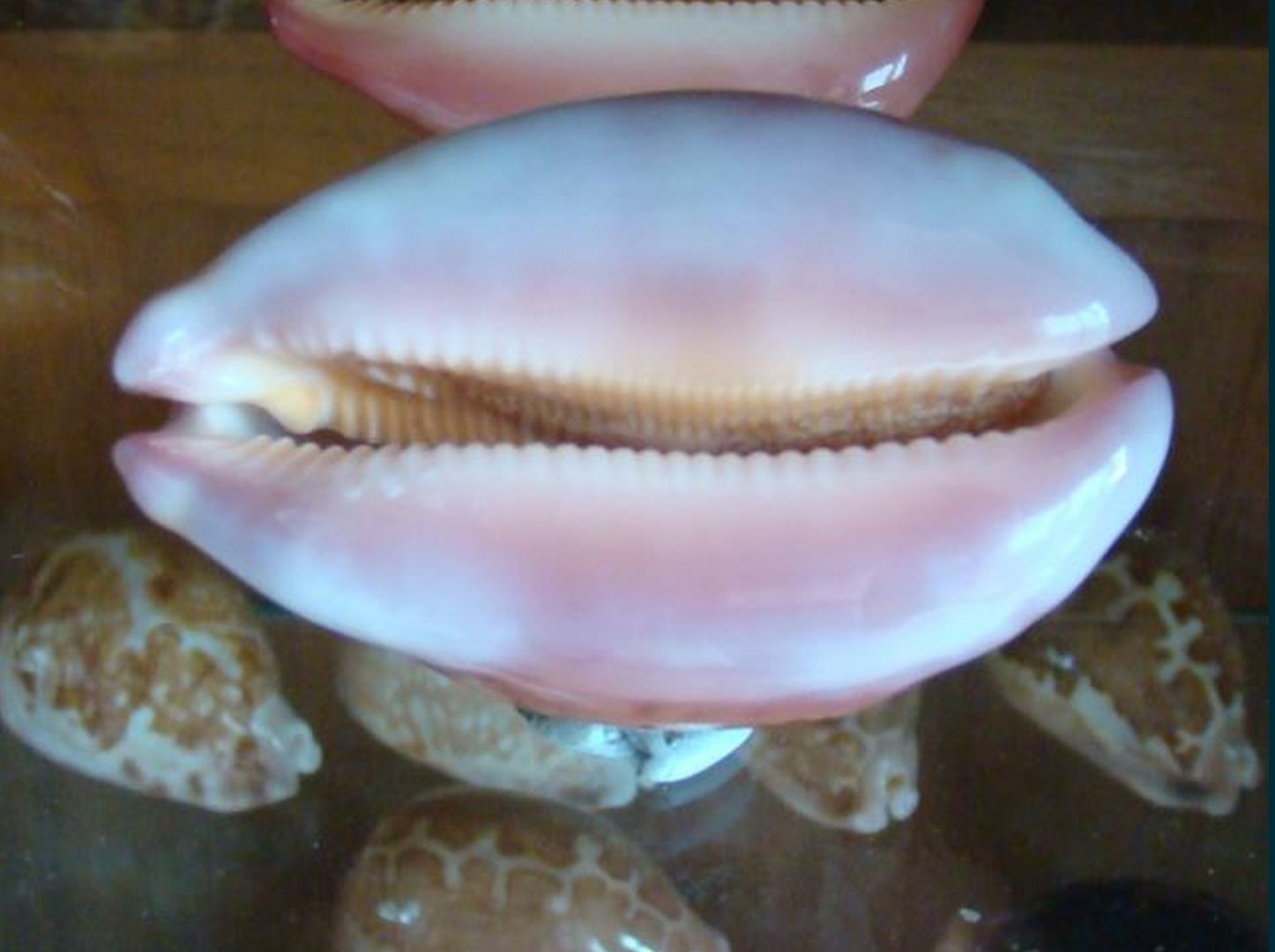 On the left, Cypraea Mappa under natural light,
and on the right, the same shell, this time under ultraviolet light. 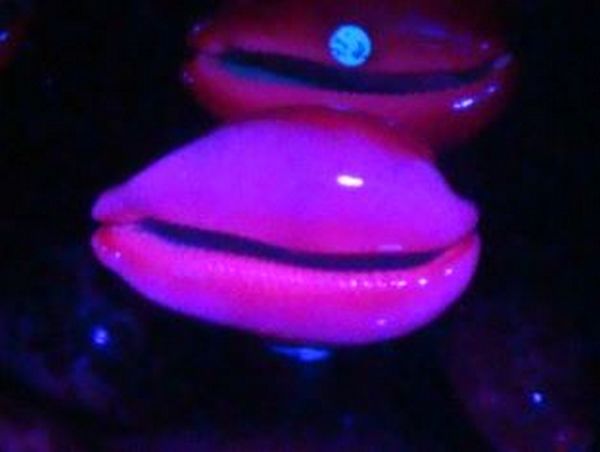 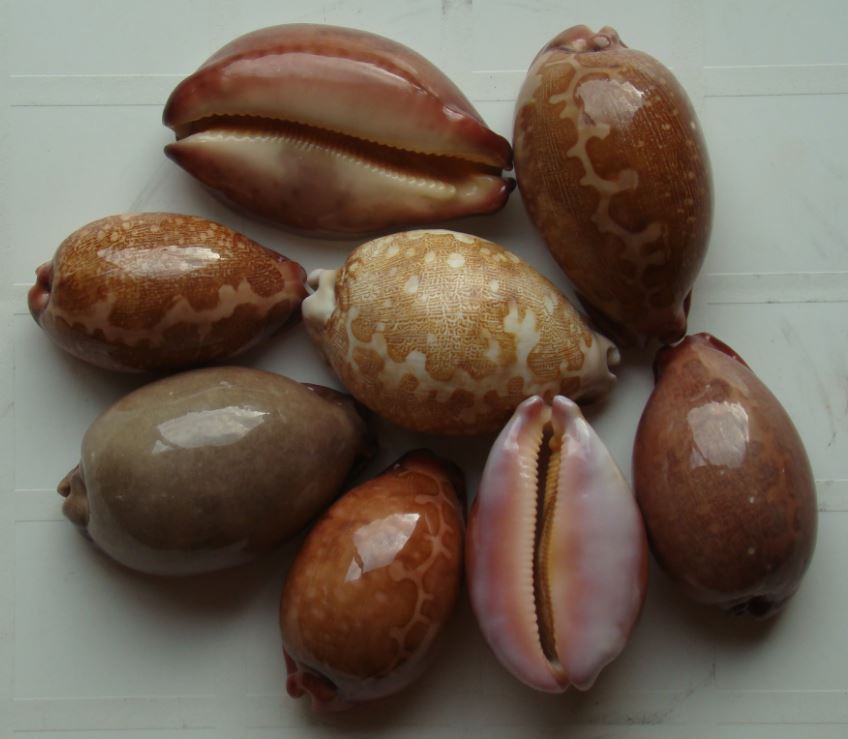 On the left, Cypraeas Mappas (Including a completely normal power station) under natural light,
and on the right, the same shells, this time under ultraviolet light. 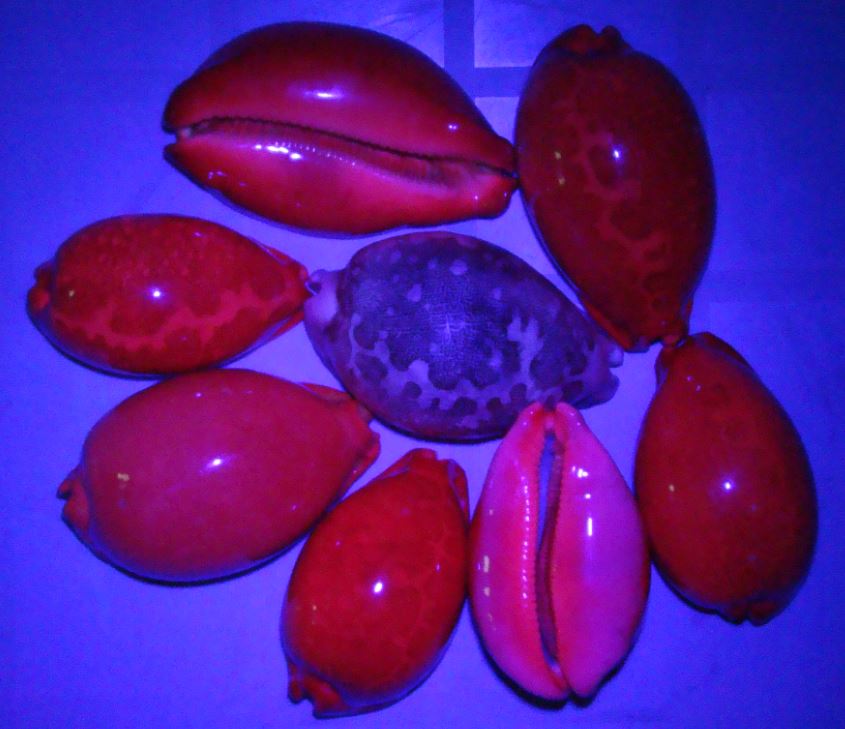